In 1840 John and Elizabeth Maynard made the three month long and difficult journey from the Port of Chatham, Kent, United Kingdom across the seas to arrive in the early settlement of Adelaide, South Australia.

In 1840, the colony was only four years old and as there was no shipping wharf, John & Elizabeth arrived via Holdfast Bay, Glenelg, having to wade ashore. There was no one to greet them, and one would think at the time that this would be a tough country to live in.

Once ashore, John and Elizabeth had to travel the seven miles (11.26 km’s) from the area now known as Glenelg to the new settlement of Adelaide. It is thought that it would have followed a route similar to where ANZAC Highway is today. In 1840, there was no tram line, just barely a dirt track. 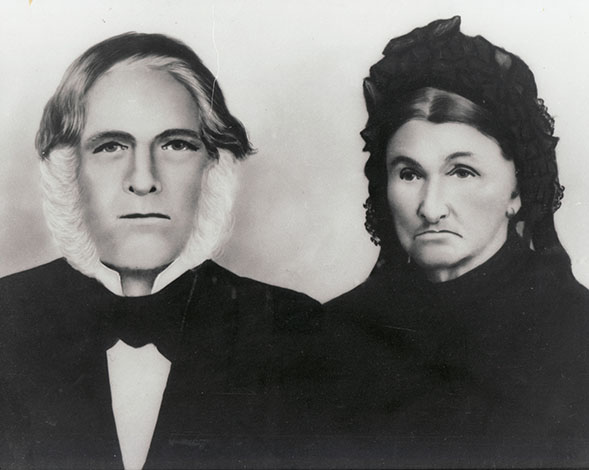 John and Elizabeth lived on Hindley Street, when they first arrived, however eventually moved to the now suburb of Beaumont and subsequently migrated and were instrumental in being the first settlers of Clare, South Australia.

Through their large family, there are an estimated 10,000 relatives alive today and very proud of what John & Elizabeth Maynard sacrificed to come and settle in South Australia.

This is a very broad and brief history of the endeavors that John & Elizabeth Maynard had to confront moving from one side of the world to South Australia, and one of the reasons they made the journey was because it was near impossible for a working man or woman to become a land owner in their home country. Here at 1840 Real Estate, we would like to assist in making that dream come true for all!

Thank you to Leonie Kohlhagen of ‘Of Maynards Past and Present’.